For the first time in sports Tokyo 2020 will deliver a celebration of innovation and robots.

For the first time in sports Tokyo 2020 will deliver a celebration of innovation and robots. 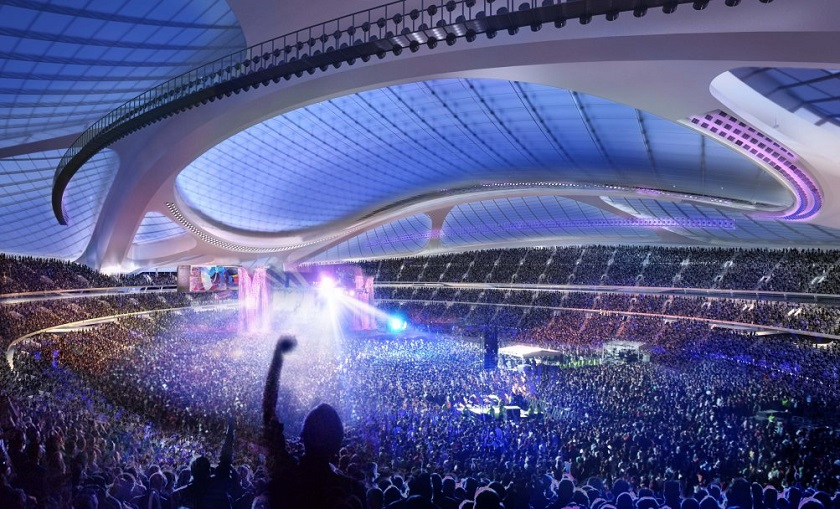 Take a deeper dive into how Tokyo 2020 is planing to make history with an innovation packed event.

The Tokyo 2020 Olympic experience will no doubt be different this year. The games will open on July 23, under severe restrictions.

The Japanese have recently announced that there will be no fans in the events and  they will allow only 15,000 athletes to reach the Olympics. In addition to them, a limited number of sports teams, technical teams, and communication teams.

On the other hand, the technological experience will be fascinating. The main focus is on broadcast technology, which traditionally advances in generation. NTT DoCoMo, a Japanese communications corporation, will broadcast the Olympics with an 8k Quality.

Another company assisting this breakthrough is LiveU, a sports-tech broadcasting company, whose technology will be used by NTT to transmit live video broadcasts on the fifth-generation (5G) communications infrastructure.

NBC Universal will deliver 4K (or UHD) games to the US with enhanced HDR and high-quality Dolby ATMOS sound. Which should give viewers the feeling of being in a stadium from home. All of this is happening for the first time in sports.

9,500 Broadcast hours throughout the 17 days of competitions, 56 parallel broadcast channels, 339 sporting events in 50 different professions, 8,000 technical staff, and broadcast teams will be responsible for operating this huge array.

The broadcasts will be aided by many other technologies, such as streaming media through Alibaba’s cloud servers, creating countless social media content (multi-platform) in parallel with the TV broadcast, and using large amounts of processed and analyzed statistical information to be displayed to on-screen viewers.

Intel, the sponsor of the Olympic Games, will combine two interesting technologies in the Olympics. The first one is True View technology, which allows you to watch events from any desired angle in real-time. The second technology – 3D Athlete Tracking – which will be used to track runners’ live performance.

For the first time the Olympics broadcast will allow information on running speed every second during the race.

The person in charge of applying Intel’s large technical lineup at the Olympics, Ido Kadim, says that preparations are in full swing, even if the Olympic experience is a bit lacking: “The facilities I have visited so far are wonderful. The Olympic pool is amazing, a real swimming temple. The broadcast arena is of an order of magnitude and complexity that is hard to describe, like the entrails of the Star Trek enterprise.”

Kadim says that Intel also participates in a series of technology projects based on the fifth-generation (5G) high-speed communications infrastructure. “Together with NTT DOCOMO we will present the value of 5G. To bring the experience extensively,” he says.

One use of 5G would be to broadcast sailing competitions from the depths of the sea to giant screens on the beach.

In the swimming pool, viewers will watch allotments through Intel’s augmented reality goggles and see layers of statistical information floating in front of their eyes.

Robots taking over. The unofficial race, which robots will win the olympics?

The Japanese love technology and have planned a celebration of innovation and robotics. Corona constraints brought more technologies, less endearing. For example, all participants in the Olympics will need to use meeting tracking apps and report on their health status. Anyone looking around will be able to spot video cameras in every corner. Panasonic is responsible for tracking passers-by, including face recognition and meeting identification.

In the background is Fujitsu‘s most powerful computer globally. Fujitsu will analyze the vast amounts of data on the movements of athletes. Also for teams and present insights to prevent infection.

The Japanese also recruited special robots, which trained them to perform corona tests. These are robotic arms from the Kawasaki company, which will literally tuck the pens into their nostrils. Kawasaki’s robots will take more than 2,000 samples a day.

But these will not be the only robots in the Olympics. Toyota intends to turn the Tokyo Olympics into an arena for innovation in the field. Toyota will start with the mascots of the Olympics, the pair of cute robots Miraitawa and Somatic will receive the guests and take pictures with them remotely.

In addition to them, Toyota will present seven more robotic models to illustrate their usefulness today. For example, a T-HR3 robot is a human-sized humanoid robot. Controlled by a remote operator and mimics the operator’s body movements. The T-TR1 robot is a service robot whose main body is a communication screen. The robot will allow people from all over the world to have conversations with the athletes.

The DSR robot is a delivery robot, which will transport food and beverages to athletes and viewers in an area designated for the disabled. FSR robots will collect handlebars and iron balls automatically.

To summarize, the Corona may have disrupted the plans for many spectators who planned to get on the pitches. The advanced technology is a certain consolation, thanks to which it will be possible to experience the Olympics in a way we have never experienced before.